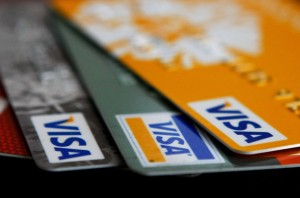 TORONTO – Equifax Canada says delinquencies on consumer debt fell to pre-recession levels during the summer – even though the amount of money owed continued to rise. The credit-monitoring firm says only 1.22 per cent of debts were unpaid after 90 days or more in the July-September quarter. That’s down sharply from 1.37 per cent in the previous quarter and the lowest delinquency rate on records going back to early 2007, before the recession began.

Equifax says Canadians continued to increase the total amount of non-mortgage consumer debt, which includes credit cards, bank loans and auto leases. Canadian non-mortgage debt totalled $489 billion in the third quarter, up from $484.7 billion in the second quarter. Balances on credit cards were actually down, while money owed to banks through term loans and lines of credit grew only moderately. The biggest increased was a nine per cent increase in auto financing loans.